Are we really not talking about the squat anymore? Well, through my love for the squat I’ve found a way to bring it back up here and I’m sure I’ll think of more ways throughout the REST of our time together on the topic of Olympic lifting. As you all know by now the squat as an exercise (the full depth, upright squat) is all about preparing for the reception portion of the snatch and clean. The reception is inclusive of the point of the athlete being with the body fully extended and at its tallest point after lifting the weight from the ground, down to its lowest point in a squat after dropping to get under the bar (once again, completely compressed). But first we need to discuss the optimal method to get the athlete TO that fully extended position when lifting the weight from the ground so she can put all that bottom position preparation to good use!

Certainly different coaches and athletes in the community have differing labels and/or definitions; this is ok as long as the coach can communicate to the athlete with consistency and in the same language. We’ll start by defining a common language between us to discuss these two portions of the lifts, then we’ll drill down. We’ll differentiate between the snatch and clean as we go as needed, but keep in mind they are by and far mostly the same so we will have the same labels for the positions and movements within the two as a whole and refer to them interchangeably.

As for the initial portion of the lift commonly referred to as “the pull,” a big part of me wants to just leave it at that because that’s a common term and I don’t want to cause confusion. But, I do feel it causes confusion in other ways that are more hindering to the understanding of what one is actually supposed to do. For starters, no part of the body is really “pulling” on anything, or at least it shouldn’t be. Pulling with your legs would mean you are sitting on the ground with a loaded bar in front of you, pulling it towards you with your feet hooked underneath; of course that’s not what we are trying to do with the Olympic lifts. Many athletes WILL attempt to pull up on the bar immediately with their arms, at some point before the bar reaches their hips, or after extension while the rest of the body stays still and extended – each of these actions are undesirable (we’ll talk more about why later). Thus, I feel that identifying this portion of the lift as a “pull” may contribute to these inefficient actions for some athletes.

So, what IS happening then and what should we call it? Well, the opposite of pulling is pushing and if we had to put it in one of those categories, it is more of a push (as in a squat). In fact, “push,” “push with the legs,” “push through the ground,” or “push the floor away” are all common cues used in attempts to help athletes move with the desired action (usually specifically from the floor to the knee, but even potentially up to the hip to help stay grounded with the feet through that range). But, it’s not really a “push” either, at least not in the sense that you are pushing something away or against something. Though saying something like “push the floor away” can help some athletes, it’s not literally what we are doing and I’ve found it to be confusing and counterproductive to more athletes than it helps. (That said, don’t remove these cues from our toolbox as it can be the “light bulb” or “ringing of the bell” for some athletes.)

Still, I’ve come to liken this portion of the lift to a (partial) squat due to your body position, i.e., your knees are bent and body is squatted down to an extent, and then standing up from that partial squat position. Since you are starting in a partial squat when lifting the bar from the ground – and rising from there – we can call this an ASCENT. Now, we can argue all day (or continually forever) whether the body is “pulling” or “pushing” or even “squatting” as we lift the bar from the ground to the hip, but we cannot deny that your body and the bar are ascending.

Since we have another ascent within a snatch and clean (standing up with the bar from the bottom position after reception) we’ll need to differentiate. So, we’ll be referring to the movement from the start position up to the body’s tallest point (just before dropping down to get under the weight) as the “1st Ascent,” while standing up from reception is the “2nd Ascent.” It bears repeating:

1st Ascent: Start position to full extension of the body

2nd Ascent: Standing up from reception

As you would guess, we’ll be focusing on the 1st Ascent first; let’s set the stage with three key positions, and the two movements around them. We will define them first, then dive into each (with an introduction here, and in detail moving forward).

We cannot execute either lift to the best of our ability without first setting up correctly, and with intention. We’ll call this your “start position.” This is the first area you should give prioritized attention and effort towards to ensure you are most appropriately “off to the races.” You must be secure in the “starting blocks” as opposed to somewhere behind the starting line or outside or your lane. An improper setup can be the root of any (or all!) faults in your movement from that point (working against yourself). A proper set up is the solid base that you can build from (more automatic, efficient, and quality execution through the rest of the lift).

It cannot be overstated how important it is to actually THINK about your start position. It is common for athletes to think ahead here, focusing on or worrying about getting under the bar before they’ve locked into the set up appropriately. Simply put, how you position your body at the start of your lift will dictate whether or not you are setting yourself up for success or failure.

Sometimes referred to as the “first pull”, from your start position, the initial portion of the 1st Ascent – where the bar moves from the floor to top of the kneecap – will be called the “leg drive.” We’re calling this “leg drive” because you are raising the bar with your legs while only holding position with the back (meaning that you are not yet changing the torso angle to stand up with a hinging action). The specific spot with the bar at the level of touching the top of the knee cap we’ll call the “transition point.” This term is appropriate because you should be transitioning from raising the bar with your legs to now raising the bar with your torso (controlling that more so with your low back and hamstrings). The movement from the transition point to the highest point your body gets to before you begin to drop under the weight to receive it (full extension) will be called “the jump.”

Let’s just get this out of the way now, many coaches are vehemently opposed to the word “jump” in reference to this portion of the lift, or even using the word as a cue. (More commonly this portion is referred to as “the second pull”). For me, as long as you understand the concept, I’m ok with whatever helps you move better and reach your goals. If something else makes more sense to you, then by all means use another word or phrase, though I do hope you’ll find the language I’m establishing here beneficial. “Jump” is appropriate to me because it is a term most people can understand and it summarizes the action that needs to take place to apply force to the bar from the transition point to get your body to “extension” (much more on this later.)

The third and final key position of the 1st Ascent is “extension,” or where your body is right before it lowers to get under the bar.

The three key positions are observable markers that we’ll treat as sculptures. First, we’ll confirm exactly what these sculptures should look like. Then, just like your bottom position, we’ll assess and mold them as needed over time, and continually work to engrain and strengthen them as much as possible. The more you engrain and strengthen these sculptures, the more automatic and easily executed your movement from one sculpture to the other will be. Again, with our labeling, there are only TWO movement segments in the 1st Ascent. Essentially, we are simply cutting the 1st Ascent in half at the transition point (we’ll be able to use this idea in many ways to your benefit as a coach and/or an athlete as we go.)

Here is a recap of these key positions and how we will be referring to moving from one to another (movement) in the 1st Ascent:

My hope is that this has been a big step towards simplifying the first part of the snatch and clean for you, and specifically this portion we are calling the 1st Ascent. We still have work to do in regards to simplicity though. To truly simplify something down to barebones and for that to be understood at the highest level and optimally usable, we have to break these undeniably complex movements down further. But, once we put all those pieces back together, this is what you can expect:

As an athlete – you’ll be able to more effectively and efficiently assess yourself, make self adjustments, focus, and execute.

As a coach – you’ll be able to more effectively and efficiently communicate with your athletes in general, assess their movement, and make adjustments. 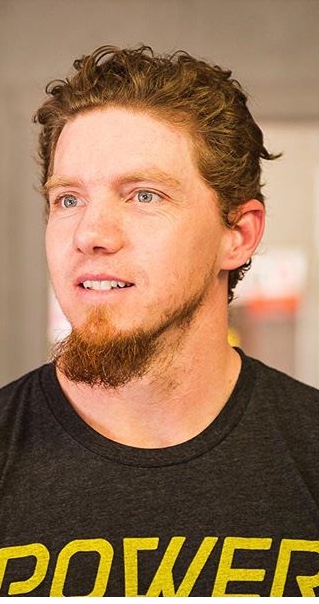